How to Make Research Relevant 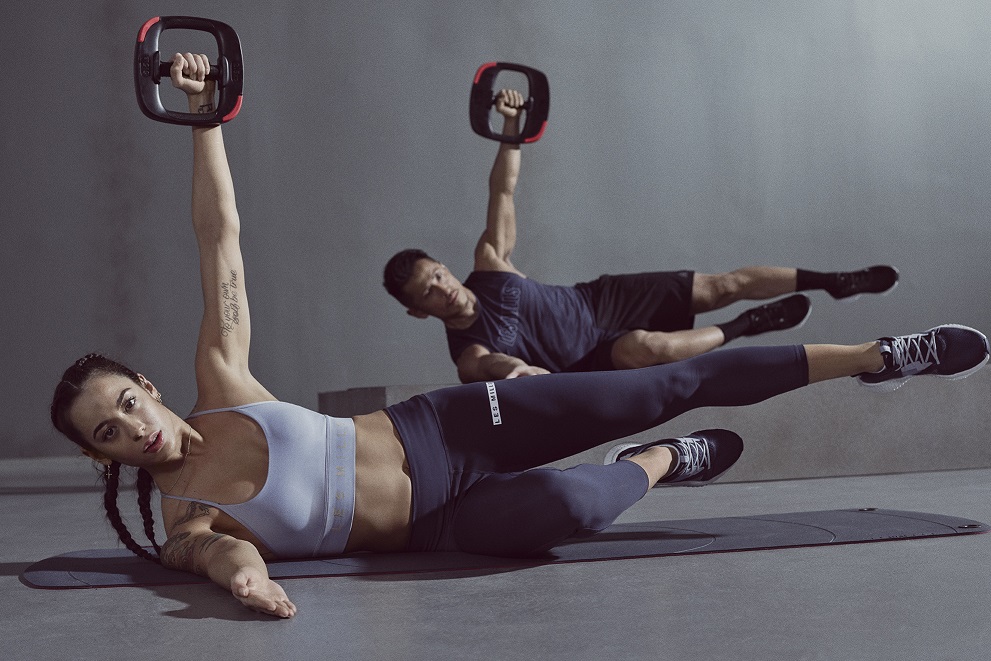 24 Jan How to Make Research Relevant

Posted at 17:38h in Action Blog, Health and Fitness, PR and Communications by Action PR

Those who work in PR love a bit of research. When there’s no news to share for a client, a great research study can create a compelling news hook that’s highly likely to generate media coverage.

While research can make a great headline, it’s sometimes difficult for the average reader to see how that data relates to their real life. Even if your research contains major breakthroughs, many readers will completely miss it.

So how can you effectively bring research data to life? Is there a way to get people to engage with research in a way that actually makes them take action?

Recently, we had just the opportunity with our client Les Mills, the global group exercise provider. Its latest research, which was published in The Journal of Sports Medicine and Physical Fitness, showed that incorporating a core-workout programme into your running regime can improve your overall 5k time by as much as 66 seconds! The six-week Les Mills Running & Core Training Study, led by Jinger Gottschall, Associate Professor at Penn State University, revealed:

Within the Action PR team, we found this research particularly interesting, but would our media coverage alone be enough to encourage other runners to actually try the workout?

We decided to host an event, in collaboration with the London City Runners, to showcase the research results, and have people try the Les Mills CXWORX™ workout for themselves.

London City Runners is the largest running club in London. The award-winning club attracts a loyal following of new and experienced runners each week at their regular run clubs. Not only is January a time when many people kick off a new workout routine, it’s also the start of training season for many runners planning a Spring marathon. It proved to be the perfect time of year for our Les Mills CXWORX™ and London City Runners event.

We used the event to showcase the research results, narrowing in on topics we knew runners would care about: injury prevention, increasing endurance and getting faster. Steve Tansey, Head of Research at Les Mills, took the group through a short, sharp presentation so they had context about the workout they were about to do. 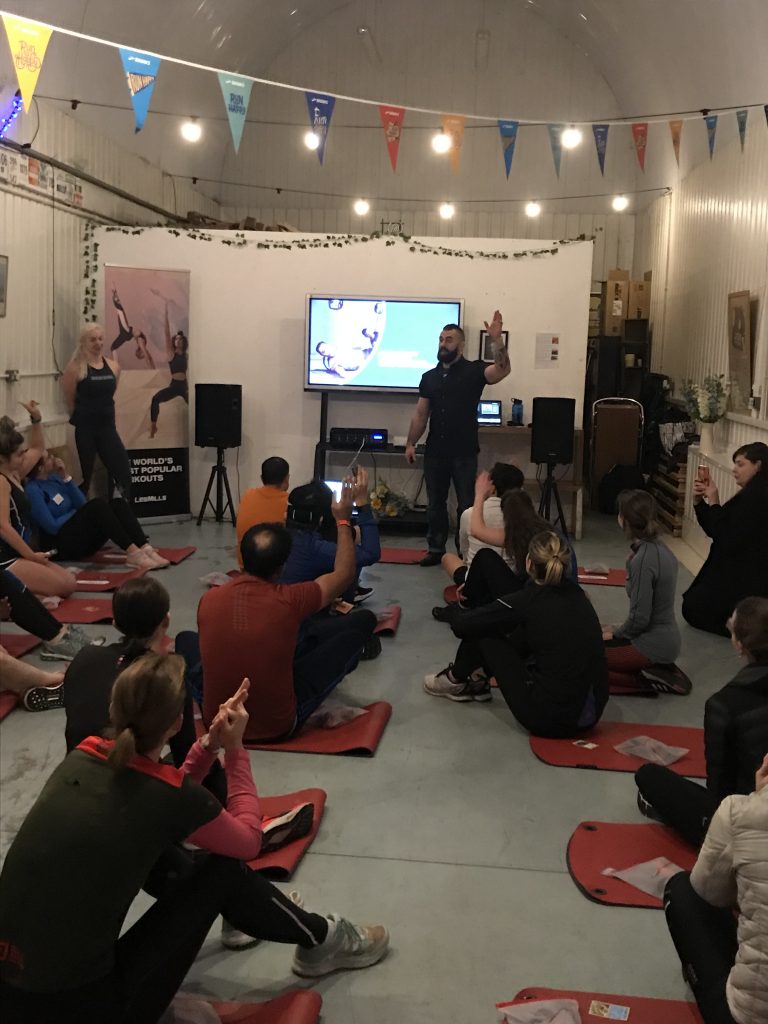 Then, the group went out for a short 3km run, led by the volunteers from London City Runners.

Once they were sufficiently warmed up, a Les Mills master trainer took two groups through a CXWORX™ class, the hugely effective integrated core training workout from Les Mills. 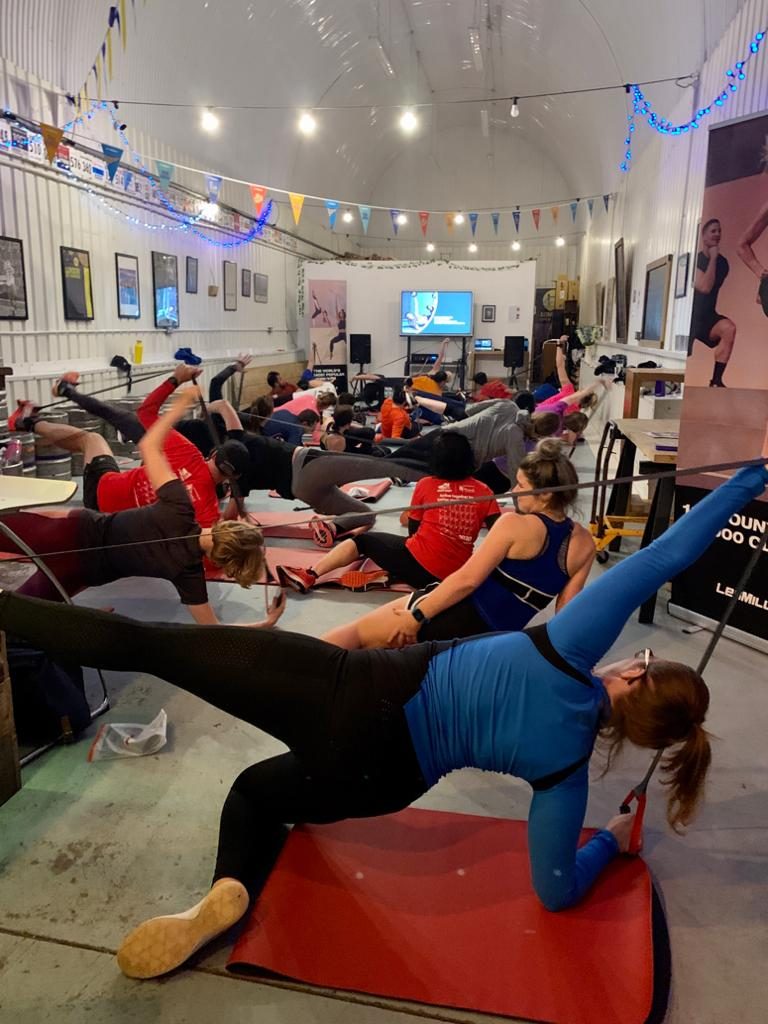 After the workout, attendees enjoyed some healthy snacks, networking with other runners, and had the opportunity to talk to the Les Mills team about the workout and the research. 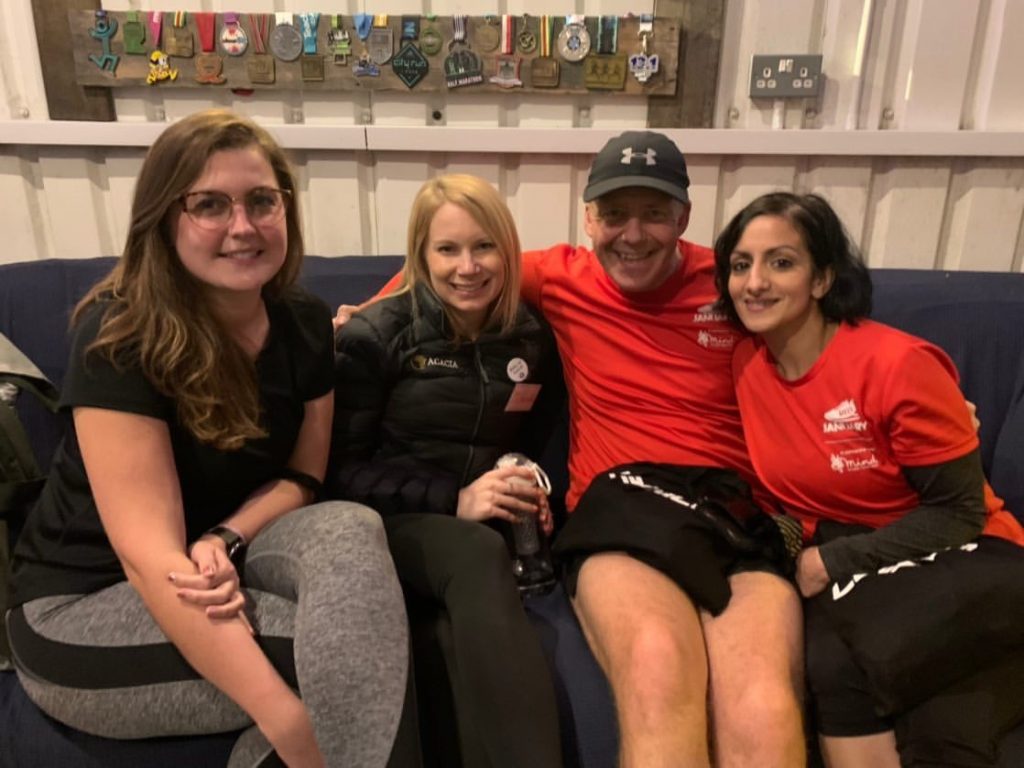 All attendees took home a goody bag stuffed full of healthy products, a LES MILLS SMARTBAND™, a special resistance band engineered for CXWORX™ and a code for free 21-day trial to LES MILLS™ On Demand so they can keep doing CXWORX™ from home. 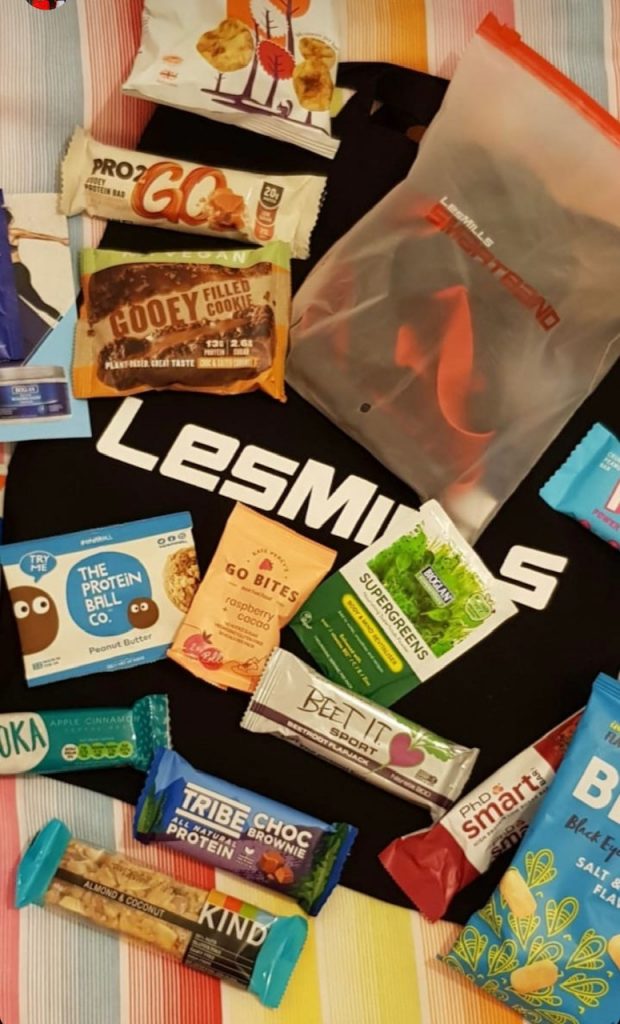 Science sometimes has a PR problem. The data, while interesting, can sometimes be so removed from real life that readers won’t relate to it. By incorporating it into a relevant event, it helps bring it to life in a way that can actually convince people to take action.

We love organizing events for our clients!  If you have an event idea for your brand and need help to make it a reality, get in touch. We can help.