The rise of AI influencers and what it means for marketing 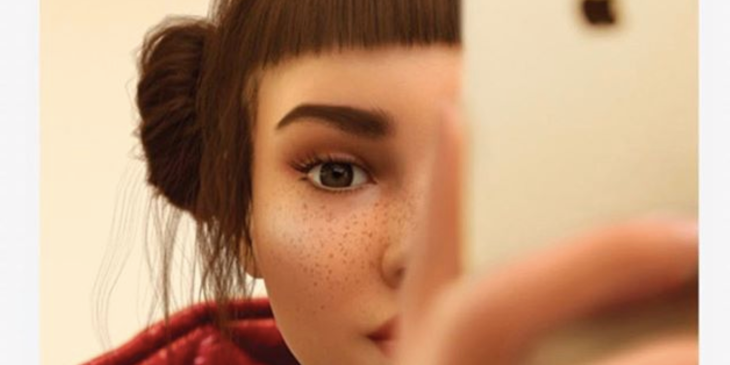 Artificial intelligence freaks me out. I put it in the same category as outer space. It just makes me uncomfortable. I’m certainly not a technical luddite though. I spent much of my career working in consumer technology and social media. At home I use a robotic vacuum cleaner called Roomba. I enjoy technology, especially when machines make my life easier. But something I can’t quite get behind is this notion of artificial intelligence influencers; social media robots that look and act so real on Instagram that people can’t even tell they’re fake.

A recent article in Metro brought this new trend to my attention. Blissfully unaware that I may be following robots masquerading as real people, I read the article with a mixture of interest and disbelief. How do these AI influencers trick people into thinking they’re real? Who’s behind these characters?

Let me introduce you to one of them.

Meet Miquela Sousa, aka Lil Miquela. She’s a 19-yer old singer from California and her Instagram account has 1.3 million followers. She wears clothes from Chanel, Supreme and Vetements and was once invited by Prada to take over its Instagram account during one of the brand’s shows. She features on the cover of magazines and is named one of 2018’s 25 most influential people.

But guess what? She doesn’t exist.

Miquela is one of several AI creations from Brud, an LA-based startup specialising in artificial intelligence and robotics. When she launched on the social media scene in 2016, most people didn’t realise she was fake.

Real-looking fake humans used to be limited to Disney theme parks and video games. We had the ability to turn them off and go back to the real-world. The lines are now frighteningly blurred with fake people mingling in real life experiencing real-life things. I’m freaking out a bit.

Are influencers the new Hollywood stars?

We already live in a world where real-people influencers are likened to Hollywood stars. Brands pay huge amounts of money to leverage the following and influence of Instagram stars. But here’s the thing about real people: we can’t control them. The world of AI influencers opens up a new, curious space for brands looking to market their products – one where influencers can’t go rogue. For example, Disney and YouTube had to sever their ties with YouTube star Felix Kjellberg (aka PewDiePie) earlier this year after he posted a string of videos containing allegedly anti-Semitic jokes and other inappropriate content.

Unlike Felix, an AI influencer can be programmed to convey perfect brand messages in exactly the way a brand would want.  An influencer that a brand can control in every respect? Sounds like a dream come true for marketers!

Also, the money-making opportunities for the likes of Brud are obvious, especially if Lil Miquela is a more cost-effective ambassador for brands than a real person.  But what about the myriad of conflicts of interest this presents? What about authenticity? Transparency?  Real influencers are required to disclose their relationships with brands by using #ad or #sponsored. But do these same rules apply to robots? Since Lil Miquela has been ousted as a fake, I noticed that her Instagram profile now clearly says ROBOT.

What does this mean going forward

Is this the new normal of social media? One where we must be authorised as human much the same way Twitter accounts are verified for celebrities, athletes and politicians?

I imagine this is just the beginning. Like the introduction of any new technology, I’m reacting with scepticism and fear. I think that’s a normal HUMAN reaction. Perhaps, in ten years’ time, AI influencers will be a normal part of digital culture.

Until then, scroll carefully my friends.